-What’s in the news for you?

I am currently editing a short film we produced with Stéphane Sennour, the director of the DVD  » MDNA Tour. » It’s a short musical for Sofia Essaïdi, shot at le Divan du Monde in Paris. Then there will be the release of the Madonna DVD (MDNA Tour) and the  » Secret Project « . This project is the result of the collaboration between Madonna and Steven Klein in a short film. I cannot wait to see it!

– Can you tell us a bit more about this  » Secret Project « ? Will you star in it exclusively as a dancer?

Not at all actually … After the end of the tour with Madonna and finishing the short film with Steven Klein, I took acting lessons with Susan Batson in New York and here in Paris with Corinne Blue.

– You seem to diversify and multiply your talents! …

Everything is actually quite related. In parallel to the dance I have spent time art directing. I have a rather unusual training path my initial training was as gymnast. But I must say that the tour with Madonna was a very rewarding experience. Her shows are truly monumental. Almost like a feature film, the script and the universe are defined and carefully crafted. This adventure also gave me the strength to head more toward directing. Madonna follows and supports us in all of our projects, almost like her protégé.

– What is your fondest memory in your career / in your private life?

There are many! One of the most striking is undoubtedly the world championship gymnastics in Nanjing in 2006 when we finished first runner-up in the group category. This was really the recognition of all of our hard work.
Performing with Madonna at Stade de France will also remain an unforgettable experience in my career.

And then the shooting of the « Secret Project”. It was strong and very memorable.

I do have more personal memories, but those I will keep to myself!

– In your business, who are the people that inspire you?

At each stage of my career, I had the chance to have a mentor. Arriving in Los Angeles eight years ago, I first met Jesse Santos. He was at the time the dancer for Britney Spears and Pink. Then my path crossed the road of Bryan Friedman, who took me under his wing and allowed me to work on his tours . And then I met Madonna … Each of these people has been a source of inspiration and a role model. Madonna has indeed been the most influential in these arts. But between us, I will have to say that my biggest inspiration to date is my wife…

Well, exactly! Who do you think is the ideal man / woman?

(Laughs) My wife! Not only for the person that she is, but for the multitude of colour and talent that she uses in her art…I do not have the ideal man in mind. However, there is obviously a person in every artistic field that stands out and that I particularly admire. Joaquin Phoenix among actors, Jean -Luc Godard, Fred Cavaye or Steven Soderbergh among filmmakers.

A year ago my days were mostly punctuated by shows. Each day was a race! Since my return to France in July, I spend my days in post-production, between sound studio, installation and grading, in order to progress and complete our short film. And in parallel to this there are acting classes and castings. And finally I can now take the time to meet screenwriters. I worked hard every day for eight years and I ‘m happy to be able to take this time today.

-Are you more – of a social butterfly or a homebody?

I’m not a big party animal; I’m more of a homebody. I stay a lot in my 16th district where I would gladly have a drink at the  » Thé Cool  » but what I appreciate the most are dinners with my friends at home!

– What is your wildest dream?

I would love for the public to trust the new French generation enough to give them new exciting artistic projects, I believe they have the means to achieve and stage amazing performances.

– What is your beauty routine?

I take care for myself a little bit in spite of myself. I put a little bit of day cream every morning now! Otherwise, I go to the salon for massages and facials. It’s my little treat. I am not so rigorous in this area, but I do pay a little attention.

– Finally, what are your plans for the future?

Less travel. I want to settle down a little bit more here in Paris, I want to take more time for myself. On my return to France, I’ve been thinking about my future, what I really aspired to become and what could be interesting for me professionally. It is naturally toward acting and directing that I am moving to today.

Photo by Jordan I 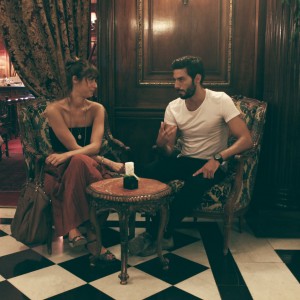 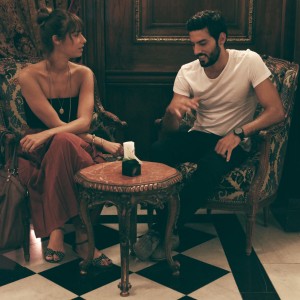