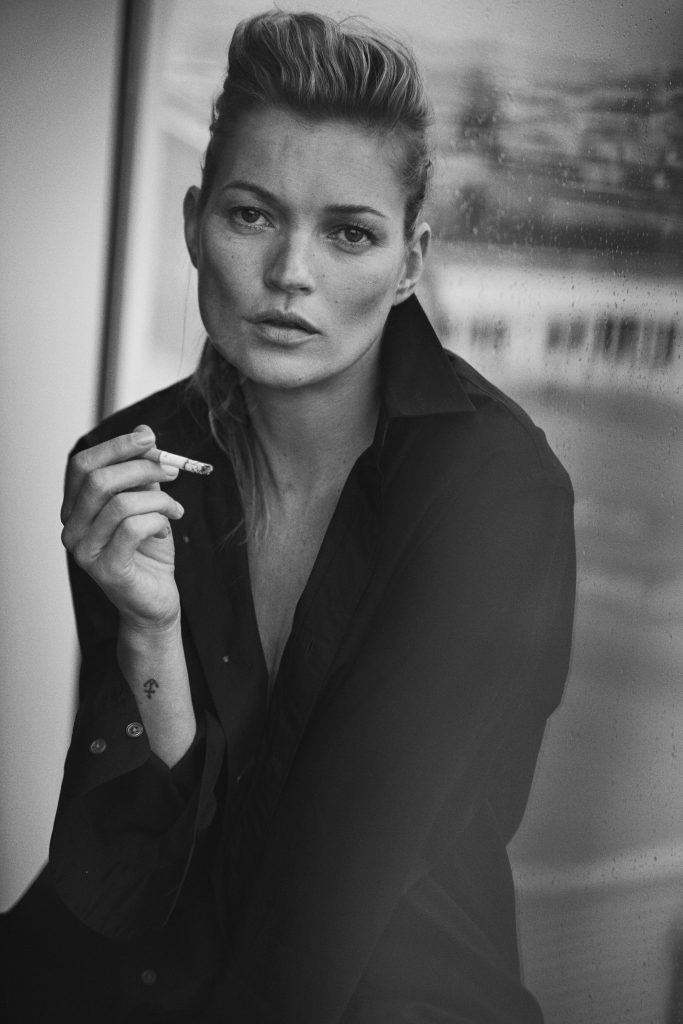 Opening September 10th, the first exhibition in the Netherlands devoted to German photographer Peter Lindbergh, which is initiated, produced and toured by Kunsthal Rotterdam will feature more than 220 photographs. This spectacular overview of Lindbergh’s extensive oeuvre will also present exclusive material varying from previously unseen material from personal notes, storyboards, props, polaroids, contact sheets and films to monumental prints, in a large-scale retrospective of the photographer’s work. His avant-garde images quickly addressed the concerns and stakes of society with his singular vision, in a world with established aesthetic codes. Lindbergh’s pure black-and-white photographs have determined the course of fashion photography since the early 1980s.

The exhibition ‘A Different Vision on Fashion Photography’ is an ode to Lindbergh’s multi- faceted oeuvre from 1978 to the present day. Regarded as one of the most influential fashion photographers, the multimedia exhibition is presented in a thematic approach marking his creative development and focusing on his themes, imaginary world and passions through the years, into nine different sections: Supermodels, Couturiers, Zeitgeist, Dance, The Darkroom, The Unknown, Silver Screen, Icons and an exclusive Rotterdam gallery. The ‘Rotterdam Gallery’, photographed for the October Issue of Dutch Vogue especially made for the exhibition, shows the results of Lindbergh’s shooting with Dutch top model Lara Stone and emerging talent Elise Hupkes in the Port of Rotterdam.

Peter Lindbergh introduced a new realism into photograph with timeless images redefining the norms of beauty. Lindbergh’s visual idiom is influenced by the language of film and by playing with the type of the strong, self-willed woman, from the femme fatale to the heroine, but also the female dancer and the actress. His oeuvre is characterised by portraits that radiate a certain lack of inhibition and physical grace. Based on an original concept by curator Thierry-Maxime Loriot, he explains that: « This exhibition is not a chronological survey, but a narrative in which you discover the universe of Peter Lindbergh through his unique eye, his strong themes and his collaborations with artists like Pina Bausch and Jenny Holzer, but also reveals the humanism found in his work, seen in a social context. It says a lot about his own values, his vision on ageism, beauty and feminity, on social issues and about the boundless creativity and imagination found in his photographs. »

From Supermodels and Couturiers to Dance

The ‘Supermodels’ gallery presents Lindbergh’s photographs of models who were young and unknown at the time: Naomi Campbell, Cindy Crawford, Linda Evangelista, Christy Turlington, and Tatjana Patitz among others. Complemented with video interviews and recent photographs from the recent reunion of the Supermodels, Lindbergh shows that twenty-five years later they have hardly lost any of their beauty and personalities. In the early 1980s, Lindbergh managed to disrupt the fixed codes of the fashion industry and made a reputation for brands like Comme des Garçons, Giorgio Armani, Prada, Donna Karan and Azzedine Alaïa. His collaborations with twenty-five fashion designers from various eras and the way in which Lindbergh helped shape the image of fashion houses is amply covered in the section ‘Couturiers’.

For years, dance is one of Lindbergh’s major sources of inspiration. He worked on a visual his- tory of dance with series of photographs based on famous dancers and choreographers, from Sergei Diaghilev, Georges Balanchine and the Bolshoi, to contemporaries like Spanish dancer and choreographer Blanca Li and the New York City Ballet. He made a film titled Der Fensterputzer on his late friend Pina Bausch in 2001, and portrayed Madonna dressed by Japanese designers in a tribute to the great American choreographer Martha Graham.

Lindbergh’s humanist approach was inspired by gender duality, and subverted the fashion industry rigid conventions with his play on masculinity and feminity. Gender issues and po- litical statements are covered in the ‘Zeitgeist’ section with series raising issues and taboos including ‘Give peace a Chance’, that he made for Harper’s Bazaar in 2004 and a series ti- tled ‘A New Age’ for Italian Vogue in 2014, in close collaboration with American conceptual

artist Jenny Holzer. Having drastically changed the standards of fashion photography in times of exces- sive retouching, Lindbergh chooses natural beauty, with as much emphasis on personality as on out- ward appearance – celebrating the elegance and sensuality of older women. In a 2014 interview, he declared that: « This should be the responsibility of photographers today: to free women, and finally ev- eryone, from the terror of youth and perfection », be- lieving that there is something more than standards of beauty and youth that makes a person interesting beyond their age.

‘The Unknown’ reveals Lindbergh’s fascination by science fiction and includes his famous 1990 series with the Danish model Helena Christensen and the actress Debbie Lee Carrington which many consider the pioneering story of narratives in fashion magazines. An interactive video installation in which visitors will take part will also be featured along with storyboards, notes and alien costumes and props used for his shootings.

Often referred as the «The Poet of Glamour » or « Photographer of Truth », Lindbergh considers himself more anti-glamour as he dismisses all notions of social status in his images. Erasing all hierarchy in his pictures, he captures moments of truth, celebrating the natural beauty and elegance of the person in front of his camera. The ‘Icons’ gallery is presented as a visual journey through four decades of timeless images, he captured iconic figures of pop culture, from Kate Winslet to Charlotte Rampling, from Eddie Redmayne to Keith Richards, all with a powerful emotional appeal. ‘Silverscreen’ shows the influences of early German cinema and sets on Lindbergh’s work.

Film excerpts and interviews with collaborators, models and actors throw light on Lindbergh’s œuvre on the basis of their collaboration with the photographer. Lindbergh’s film Models, The Film (1991, 52 minutes) will also be screened, containing interviews with Grace Coddington, Nicole Kidman, Mads Mikkelsen, Cindy Crawford and Nadja Auermann among others.

“THIS SHOULD BE THE RESPONSIBILITY OF PHOTOGRAPHERS TODAY: TO FREE WOMEN, AND FINALLY EV­ERYONE, FROM THE TERROR OF YOUTH AND PERFECTION”