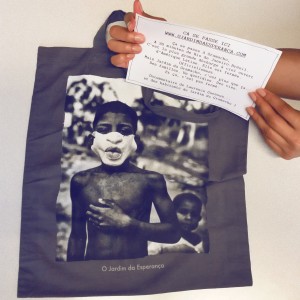 “ Get up, stand up, Don’t give up the fight, Preacher man no tell me, Heaven is under the earth

I know you don’t know, What life is really worth, Isn’t all that glitter is gold, Half the story had never been told”

Location: Latin America. Brazil . Rio. Within half an hour, we arrive at Gramacho , its mangroves and its small community.

I spent part of my holidays there. I left a piece of my heart there. And I took punches of love there .

I mention it because asses tanned on the beaches of Copa or Ipa is so cliché ….

Old as closed. To “best” do the government promised them . When one picks up garbage for recycling and live, even if it is already good, « better » is dreamed .

Because these people are still there and the livelihood of those old catadores disappeared with the closure. Because they are trying to maintain their dignity even as the continuous discharge has to be active , hand back illegally by drug dealers.

Laurence Guenoun , photographer and French director discovered this community to accompany an association TETO whose action is to manufacture in 2 days, wooden houses, basic but healthy for the most helpless families.

2 days turned into a year and a half. She shot a documentary.

And since she was there, she took the opportunity to learn to 8 Gramacho’s kids photography. She’s like that Laurence .

Now, a traveling exhibition to discover this world with their eyes of children . They are like that these kids .

It strikes the face and it’s good . The first private screening was held on 18 January in Paris.

And as the next will take place during festivals,